Talent manager, Mike called on Chidi for going back to his words after he promises to give Erica N2million and a car.

Reacting to this, Chidi hurled Erica and her management, calling them hungry bastards, and mocking them for trying to bring down his reputation.

Bobrisky, who’s always been a fan of Erica, jumped on the issue, blasting Chidi over the audio money.

“Listen to me. If you are broke, don’t make empty promises. The truth is you can’t come out and promise Erica money and after three weeks you haven’t sent Erica the money. Stop clouts chasing”. 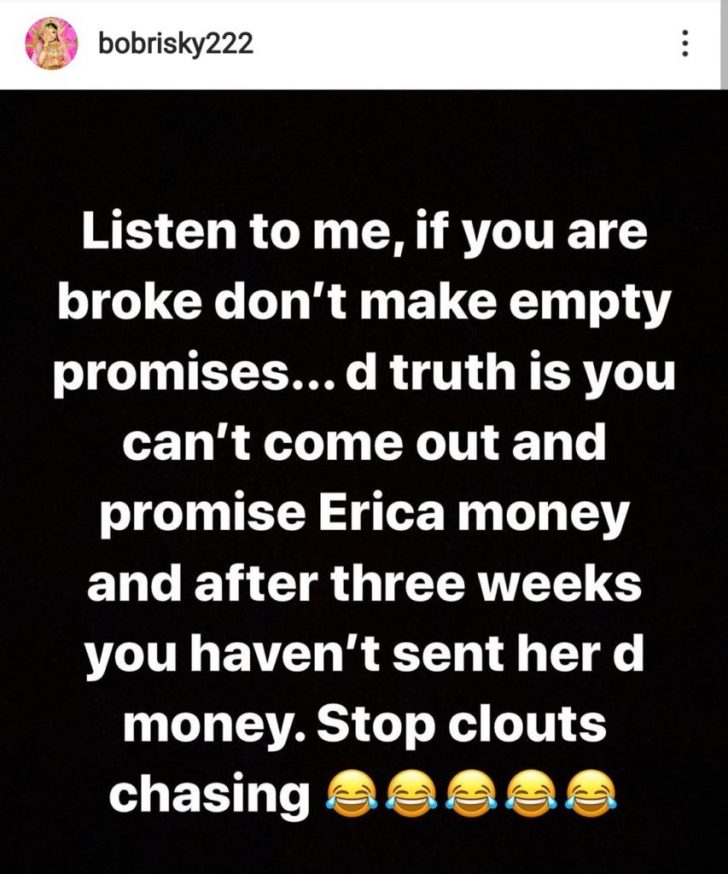