Cynthia Nwadiora, popularly known as Cee-C, a former big brother Naija housemate has debunked claims that she is an ex-girlfriend to media personality, Ebuka Obi-Uchendu.

Reacting to a tweet saying that she is the ex of Ebuka, Cee-C admitted that if she were to date Ebuka she wouldn’t leave him or let him quit her.

She also stated that people should be easy with the rumors. 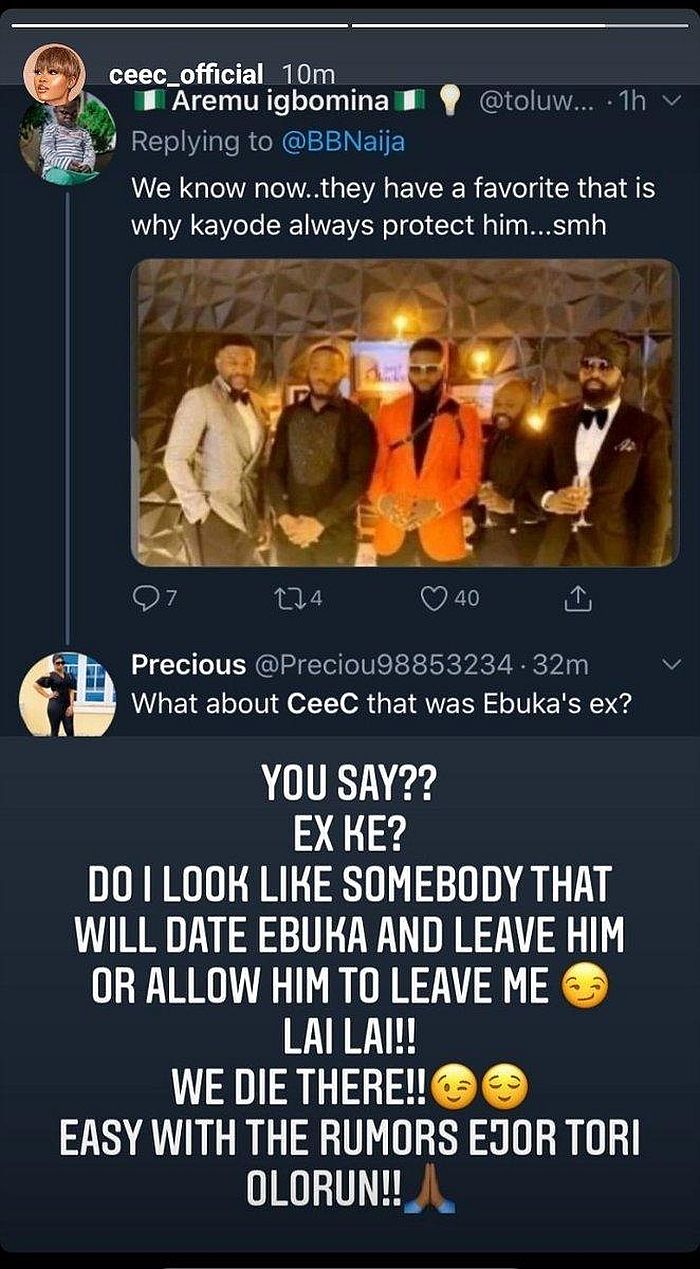