Nigerian music firm has gone a long way amid hierarchy just because of the great efforts it stars contribute every single day. It’s also a joy and a pride to the citizens so far, for the firm has brought a good image to the country and Africa as a whole. These stars will always create and perform some extraordinary efforts which have even soured their identity too.

Some are also known for their phenomena on vocals which reminds us of the lights of Rihanna, Chris Brown, and other top artistes with great thrilling vocals. These stars’ vocals had been the reason many strangers or outsiders muse to listen to Nigerian songs. It has been an honor also because they have made the firm proud. Here are the stars below.

She posses one special sweet voice that has been thrilling many, there’s no doubt it thrills fans as they have been seen severally speaking out their nostalgias on her social media platforms and her shows.

Teni is a Nigerian songwriter and singer who is popularly known for her qualities on her vocals. She was pretty much a shock to a tremendous population of Nigerian due to the way she achieved firm very rapid despite her tender age. The young boss princess who is a sister to Ninola began her career earlier in 2018 when she released her debut single ‘case’ which thrilled many and she gained fame extraordinarily. There has been many songs from her that best describe that she is the best vocalist in Nigerian music firm so far. She is the boss and has proved her qualities so far.

It’s no doubt the promising pretty spouse of the great folk song master of Nigerian Music firm, Adekundele gold, is described and is noticed as one of the Nigerian Music artistes with thrilling vocals having enjoyed her vocals from her ever thrilling songs so far. She has been the reason why many could boldly stand out and profess that Nigerian Music firm is engulfed with qualities. Alongside Teni, she is also the best vocalist Nigerian has ever had.

Simisola who is popularly known as Simi is a Nigerian songwriter and singer who began her career alongside her husband Adekudele gold, it was said that they met each other after performing on minor show years back. They fell in love with each other and held their stand in pursuit of their careers. It was buoyant and they both achieved success rigidly. That has so far proved the power of love.

Simi the Nigerian great vocalist gained fame after featuring the bad guy who is popularly known as falz on her song ‘Jamb questions’ which thrilled many. There was no doubt of her qualities and she dashed out quantum songs which have been thrilling many so far. There’s no doubt she is one of the Nigerian Music artistes whose vocals thrill many. She is presently a mother to a bouncing baby girl.

The pride of the CEO of YBNL Olamide is also with no doubt one of the best Music artistes with a thrilling vocal in Nigeria having proved such so far on his songs. The great gift and qualities of vocals fireboy posses have been the reason why Nigerian Music firm has been the talk of the town so far. He is no doubt the king with tremendous qualities.

The Nigerian songwriter and singer who is popularly known as fire boy was so passionate with his career and was filled with copious qualities when Olamide saw his incessant energy and qualities then signed him to his Record label YBNL where the great kid dashed out many thrilling songs including the popular debut song ‘Jealous’ which has been thrilling copious people. He has been recognized as one of the best vocal music artistes in Nigeria so far and it’s a bliss. 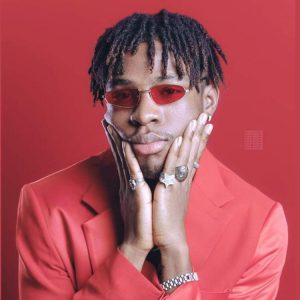 Joe boy’s great vocal had been the Pinnacle of transcending on his songs, it has also become the pinnacles of his success so far. This has so far staked him as one of the Nigerian Music artiste engulfed with some great vocals and qualities which we have been enjoying from his songs. There’s no doubt he is such for he has proved it so far. 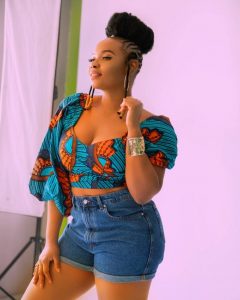 The boss lady has so far proved and earned a spot as one of the best vocalists in Nigerian Music firm, judging by her songs. She has never slumped on releasing hit songs that have so far gained her fame.

After the great impact on Johnny which was her debut single, she gained fame extraordinarily and was recognized, there was no delay as she dashed out great songs which have been proving the power of her vocals. This the same vocal has also earned her a Glo ambassadorial offer where she showed some the qualities on their adverts. She is no doubt the boss queen.

Having seen the Nigerian best vocalist so far, you could now grin and download their songs fully from their name on the search button and enjoy this ever thrilling voices.