At fashion week in Paris, everyone was amazed how the almighty Burna Boy felt like a child when he saw Kenye West who he claimed was his idol and mentor. 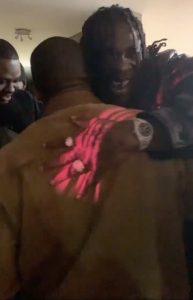 He was further attacked by fans for the lack of respect he has over Nigerian music legends claiming they helped him not.